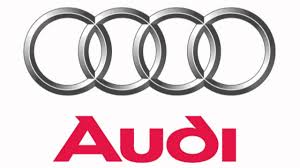 AUDI AG is able to look back on an exciting and varied past – its tradition of car and engine manufacturing extends back into the 19th century. It all began with August Horch, one of Germany's pioneering personalities automobile engineers. After graduating from the Technical Academy in Mittweida, Saxony he worked on engine construction and later as head of the motor vehicle production department of the Carl Benz company in Mannheim. In 1899 he started his own business A.Horch & Cie. in Cologne. Horch moved to Saxony in 1902, first to Reichenbach then in 1904 to Zwickau, where the company was transformed into a joint-stock corporation.

Following differences of opinion with the Board of Management and Supervisory Board, August Horch left the company in 1909 and immediately established a second car company in Zwickau. Because his surname was already in use and was protected by trademark, he chose its Latin translation for the new company. So "horch!" – or "hark" – became "audi!". The idea of using the Latin imperative form came from the son of one of August Horch's business partners; the boy, well-versed in Latin, had overheard the discussion about the search for a new company name. In subsequent correspondence, August Horch even signed his letters with the words "Kind regards – Audi-Horch". Audi Automobilwerke GmbH itself became a joint-stock company in December 1914.

Four interlocking rings symbolised the merger of four automobile manufacturers based in the German state of Saxony: Audi, DKW, Horch and Wanderer became Auto Union AG, then the second-largest motor vehicle manufacturing group in Germany. Here are brief details of the roots of today’s AUDI AG.