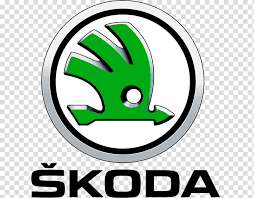 In 1925 Laurin & Klement was acquired by the industrial conglomerate Škoda Works, which itself became state owned in 1948. After 1991 it was gradually privatized and in 2000 Škoda became a wholly owned subsidiary of the Volkswagen Group.

As with many long-established car manufacturers, the company which would become Škoda Auto started in the early 1890s by manufacturing bicycles. Škoda (then Laurin & Klement) factories were founded in 1896 as a velocipede manufacturer.

In 1894 26-year-old Václav Klement, who was a bookseller in Mladá Boleslav, Kingdom of Bohemia (today's Czech Republic, then part of Austria-Hungary), was unable to obtain spare parts to repair his German bicycle. Klement returned his bicycle to the manufacturers, Seidel and Naumann, with a letter, in Czech, asking them to carry out repairs, only to receive a reply, in German, stating: "If you want us to answer you, we insist that you convey your message in a language we understand." Not satisfied with the reply and realising the business potential, Klement, despite having no technical experience, decided to start a bicycle repair shop, which he and Václav Laurin opened in 1896 in Mladá Boleslav. Before going into partnership with Klement, Laurin was an established bicycle manufacturer in the nearby town of Turnov.

In 1898, after moving to their newly built factory, the pair bought a Werner "Motocyclette". Laurin & Klement's first motorcyclette, powered by an engine mounted on the handlebars driving the front wheels, proved dangerous and unreliable – an early accident on it cost Laurin a front tooth. To design a safer machine with its structure around the engine, the pair wrote to German ignition specialist Robert Bosch for advice on a different electromagnetic system.

The fall of communism with the Velvet Revolution brought great changes to Czechoslovakia and most industries were subject to privatization. In the case of Škoda Automobile, the state authorities brought in a strong foreign partner. Volkswagen was chosen by the Czech government on 9 December 1990, and, as a result, on 28 March 1991 a joint-venture partnership agreement with Volkswagen took place, marked by the transfer of a 30% share to the Volkswagen Group on 16 April 1991. Until 1990, Škoda was still making its outdated range of rear engine small family cars, although it had started production of the Favorit front-wheel drive hatchback in 1987 as an eventual replacement.

In the competition for Škoda, Volkswagen was pitted against French car-maker Renault, which lost out because its strategic plan did not include producing high-value models in the Czech factories; Renault proposed to manufacture the Renault Twingo city car in the Škoda factories.