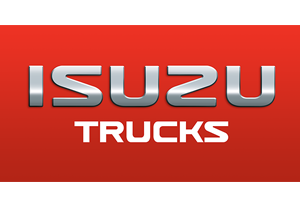 Isuzu has assembly and manufacturing plants in Fujisawa, as well as in the Tochigi and Hokkaidō prefectures. Isuzu-branded vehicles are sold in most commercial markets worldwide. Isuzu's primary market focus is on commercial diesel-powered truck, buses and construction, while their Japanese competitor Yanmar focuses on commercial-level powerplants and generators.

By 2009, Isuzu had produced over 21 million diesel engines, which can be found in vehicles all over the world. Isuzu diesel engines are used by dozens of vehicle manufacturers, including General Motors.

The name Isuzu translates into English as "fifty bells".