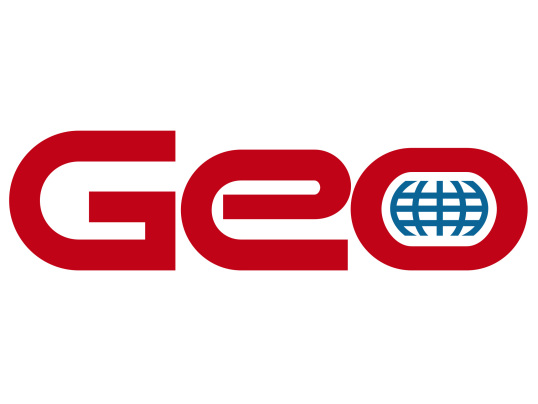 Geo was a marque of small cars and SUVs marketed by General Motors as a subdivision of its Chevrolet division from 1989 to 2004. However, for the 1998 model year, the Metro, Prizm, and Tracker were made by Chevrolet until their discontinuance in 2001, 2002, and 2004, respectively. In this sense, Geo existed until 2004, even with the Geo nameplate being dropped in mid-1997.

Its original slogan was "Get to know Geo" and commercials often featured the song "Getting to Know You" from the musical The King and I. Formed by GM to compete with the growing small import market of the mid 1980s, the Geo nameplate continued through the 1997 model year, after which the remaining models were marketed under the Chevrolet name. In the 1990s consumer interest in the economy compact market faded, and the last vehicle of the former Geo line, the Tracker, was discontinued in 2016. In Canada, another import marque, Asüna, was introduced in 1992 to provide Pontiac-Buick-GMC dealers access to a similar range of import vehicles.

Geo models were manufactured by GM in joint ventures with three Japanese automakers. The Prizm was produced at the GM/Toyota joint-venture NUMMI assembly plant in Fremont, California, and the Metro and Tracker were produced at the GM/Suzuki joint-venture CAMI assembly plant in Ingersoll, Ontario. The exceptions, the Spectrum and Storm, were entirely manufactured by Isuzu in Japan. Geo Metro convertibles and early Geo Trackers were built by Suzuki in Japan.