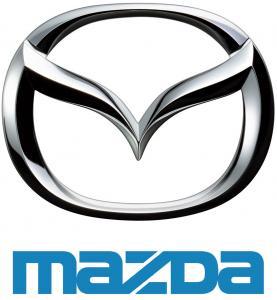 This partnership with Ford began due to Mazda's financial difficulties during the 1960s. Starting in 1979 with a 7-percent financial stake, Ford expanded an existing partnership with Mazda resulting in various joint projects. The cooperation had begun in 1971 when the Mazda B-Series spawned a Ford Courier variant for North America, a version which was later offered in other markets as well. Mazda's Bongo and Titan cab-over trucks were sold with Ford badging in mainly Asia and the Pacific region beginning in 1976.[14] These included large and small efforts in all areas of the automotive landscape — most notably in the realm of pickup trucks and smaller cars. Mazda began supplying manual transaxles to Ford in the spring of 1980.[14] Mazda's Familia platform was used for Ford models like the Laser and Escort beginning in 1980, while the Capella architecture found its way into Ford's Telstar sedan and Probe sports models.

During the 1980s, Ford gained another 20-percent financial stake, and in 2002 Ford gained an extra 5-percent financial stake. Ford-badged Mazda products replaced much of their own lineup, especially in the Asia-Pacific markets, with the Laser and Telstar replacing the European-sourced Escort and Cortina.[citation needed] In some cases, such as New Zealand and South Africa, these were assembled alongside their Mazda-badged equivalents, the Mazda 323 (Familia) and 626 (Capella).

In North America, the Probe was built in a new Mazda company plant in Flat Rock, Michigan along with the mainstream 626 sedan and a companion Mazda MX-6 sports coupe. Ford also lent Mazda some of its capacity when needed: the Mazda 121 sold in Europe and South Africa was, for a time, a variant of the Ford Fiesta built in plants in Europe and South Africa. Mazda also made an effort in the past to sell some of Ford's cars in Japan, mainly through its Autorama dealer group.

Mazda also helped Ford develop the 1991 Explorer, which Mazda sold as the 2-door only Mazda Navajo from 1991 through 1994. However, Mazda's version was unsuccessful, while the Ford (available from the start as a 4-door or 2-door model) instantly became the best selling sport-utility vehicle in the United States and kept that title for over a decade. Mazda has used Ford's Ranger pickup as the basis for its North American–market B-Series trucks, starting in 1994 and continuing through 2010, when Mazda discontinued importing its B-Series trucks to North America, due to costs associated with the chicken tax.[17]

Following its long-held fascination with alternative engine technology, Mazda introduced the first Miller cycle engine for automotive use in the Millenia luxury sedan of 1995. Though the Millenia (and its Miller-type V6 engine) were discontinued in 2002, the company has recently introduced a much smaller Miller-cycle four-cylinder engine for use in its Demio starting in 2008. As with its leadership in Wankel technology, Mazda remains (so far) the only automaker to have used a Miller-cycle engine in the automotive realm.

Further financial difficulties at Mazda during the 1990s (partly caused by losses related to the 1997 Asian financial crisis) caused Ford to increase its stake to a 33.4-percent controlling interest in May 1996. In June 1996, Henry Wallace was appointed President, and he set about restructuring Mazda and setting it on a new strategic direction. He laid out a new direction for the brand including the design of the present Mazda marque; he laid out a new product plan to achieve synergies with Ford, and he launched Mazda's digital innovation program to speed up the development of new products. At the same time, he started taking control of overseas distributors, rationalized dealerships and manufacturing facilities, and driving much needed efficiencies and cost reductions in Mazda's operations. Much of his early work put Mazda back into profitability and laid the foundations for future success. Wallace was succeeded by James Miller in November 1997, followed in December 1999 by Ford executive Mark Fields, who has been credited with expanding Mazda's new product lineup and leading the turnaround during the early 2000s. Ford's increased influence during the 1990s allowed Mazda to claim another distinction in history, having maintained the first foreign-born head of a Japanese car company, Henry Wallace.

Amid the world financial crisis in the fall of 2008, reports emerged that Ford was contemplating a sale of its stake in Mazda as a way of streamlining its asset base.[18] BusinessWeek explained the alliance between Ford and Mazda has been a very successful one, with Mazda saving perhaps $90 million a year in development costs and Ford "several times" that, and that a sale of its stake in Mazda would be a desperate measure.[19] On November 18, 2008, Ford announced that it would sell a 20% stake in Mazda, reducing its stake to 13.4% thus surrendering control of the company, which it held since 1996.[20][21] The following day, Mazda announced that, as part of the deal, it was buying back 6.8% of its shares from Ford for about US$185 million while the rest would be acquired by business partners of the company.[22] It was also reported that Hisakazu Imaki would be stepping down as chief executive, to be replaced by Takashi Yamanouchi.[23] On November 18, 2010, Ford reduced its stake further to 3%, citing the reduction of ownership would allow greater flexibility to pursue growth in emerging markets, and Sumitomo Mitsui Financial Group was believed to become its largest shareholder. Ford and Mazda remained strategic partners through joint ventures and exchanges of technological information.[24][25]

On September 30, 2015, when Ford's shares had sunk to a little over 2% due to stock dilution, Ford sold its remaining shares in Mazda.